“I, Prince Tudor, Wrote Shakespeare”–Francis Bacon’s Life Story
Her Majesty surely put great weight upon the vain and empty theories of the seers she most wished to have cast her horoscope. These made so great hate in our heart against the men who fed a most unwomanly notion—renown as Maiden Queen—as to make us fear own own thoughts. / The would-be virgin Queen, (not liking our people’s hearts to be set upon a king), before my A B C’s even were taught to me, or the elements of all learning, instruct ted my tutors to instill into my young mind desire to do as my foster father had done, aspiring to high political advancement, look for enduring renown there; not dreaming, even of lack wherein I should look for many honors, since I was led to think I was born to nothing higher. / A fear seemed to haunt [Elizabeth] that a king might suit the mounting ambition s of a people that began to seek New Atlantis beyond the western seas. Some doubtless longed for a royal leader of the troops, when war’s black eagles threatened the realm, which Elizabeth met in two ways—by showing a kingly spirit when subjects were admitted into the presence chamber, and by most constant opposition to war, as was well known to her council. Many supposing miserly love of gold uppermost in mind and spirit, noted her bent of disposition, for behind every other passion and vanity moving her, the fear of being deposed rankled and urged her to a policy not yet understood. She found it the part of prudence to put the Princes—my brother and myself—out of the sight of the people. / The lack of truth in items our parent had recorded, would hold back from the world all true knowledge of this leaf of her history which doth concern other lives’ destiny. 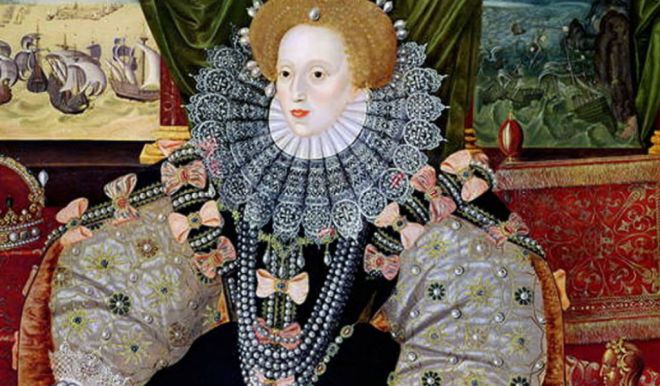 Francis Bacon and The Tempest

Our next Shakespeare Lunch n ‘Learn will discuss the second play listed in the First Folio of 1623–Two Gentlemen of Verona.

This guy has done his homework! So, I thought I would share this list with my readers. I’m looking forward to viewing Slings and Arrows and Much Ado About Nothing. Please leave a comment regarding your reaction to the film after you’ve watched it. To your wit and Will’s!

While in Stratford-upon-Avon last month, I had the opportunity to interview Peter Dawkins, Shakespeare and Francis Bacon scholar. Listen to why he loves Shakespeare and why it’s important to keep at least a few stories of the plays in mind as you travel the highways and byways of life.

Peter is a philosopher, author, lecturer, visionary, geomancer, Zoence consultant and teacher, and a Baconian and Shakespearean scholar. He is the founder of Zoence Academy & Mystery School, which he runs in partnership with his wife Sarah, and of the Francis Bacon Research Trust, of which he is the principal, and a co-founder of Gatekeeper Trust, of which he is now an elder.

I’m off to Stratford-upon-Avon tomorrow to attend a Wisdom Shakespeare workshop and see the play Cymbeline. The workshop is led by Peter Dawkins. I will be interviewing Peter on Sunday, June 12 about why it’s important to study the plays, at the very least knowing the stories of several plays.

Here’s a little about Cymbeline:

Cymbeline deals with the mystery of initiatic death and resurrection, of evil overcome by good, of the corrupted old dying and the purer new being born, through the mysterious action of love that moves like a gentle air. It is a true mystery—a mythological drama in which the initiatic path is shown and great truths are revealed. Its secrets apply to both individuals and societies, to both nations and the world. It is a vision of hope and a science as to how it is achieved.

Hello friends! Join me on this journey in and around London as I explore the origins of the Shakespeare plays and the mind that created them.

With a masters in teaching Shakespeare to children and youth, I am following my passion to dig deeper into the players on the London stage then. I believe even knowing the stories of several plays can change a person’s consciousness, helping them play their part more successfully on the world stage.

The narration isn’t perfect, and fact checking is necessary, but this is a start. Do enjoy and feel free to comment.

To the victory of your Self-expression!